The goal of this post is to find some resources about Bamboo Best Practices, review the current setup on our project and propose some changes.

The very basic resource is a video course on Lynda.com. I’d suggest such course to a developer starting out with Bamboo as it contains quite a comprehensive overview of Bamboo’s structure, architecture and set up. Then we have the main resources directly from Atlassian (links to a direct example page):

In general from this on-line search exercise I picked up a few main points to consider when building your pipeline:

Current setup on a project

This chapter describes our current setup on a project. Diagrams follow the C4 Model structure. C1 being the most high-level overview, C2 representing the Bamboo CI pipeline’s structure and later C3 going into detail of one of the Jobs.

In Build and Deploy Stages, the jobs run in parallel, but the Test Stage has only one job that executes tests sequentially.

One of the key slow-downs during deployment is the use of a client’s tool called SCM* for deploying MS BI projects. It takes about 5-6 mins for each project to be deployed (SSIS, SSAS, SSRS Native, SSRS SharePoint). SSRS cannot run in parallel which makes the whole Deployment Stage run about 10-12 mins each time.

*SCM is a client’s in-house deployment tool/web application. Developer can use it to manually package an artefact and deploy it to different environments with PROD having further auditing options and special approval process to schedule the deployment. The tool supports also other types of projects but in this post we are considering only MS BI. In the background the tool uses custom developed PowerShell scripts to deploy MS BI artefacts. 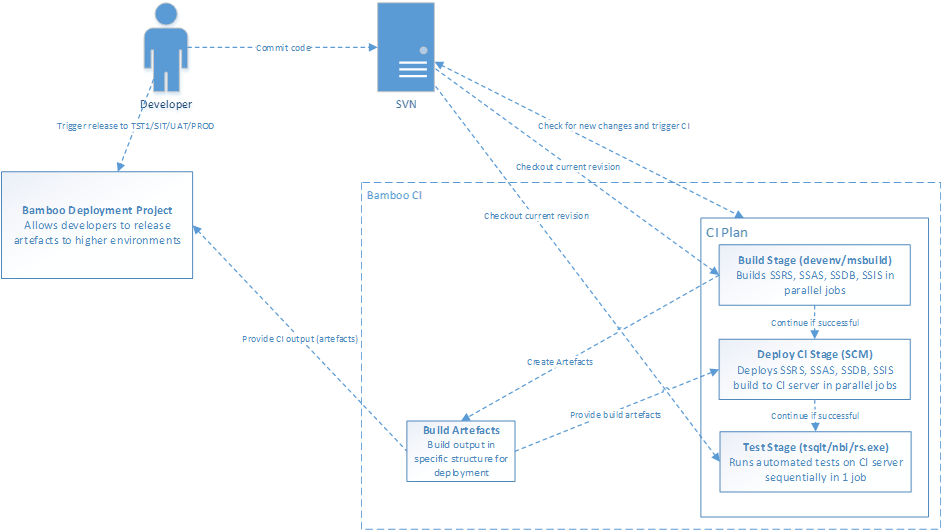 After using it for 1-2 years we have come across a few pains with the current solution:

Suggested Improvements (shown on diagram below in practice) 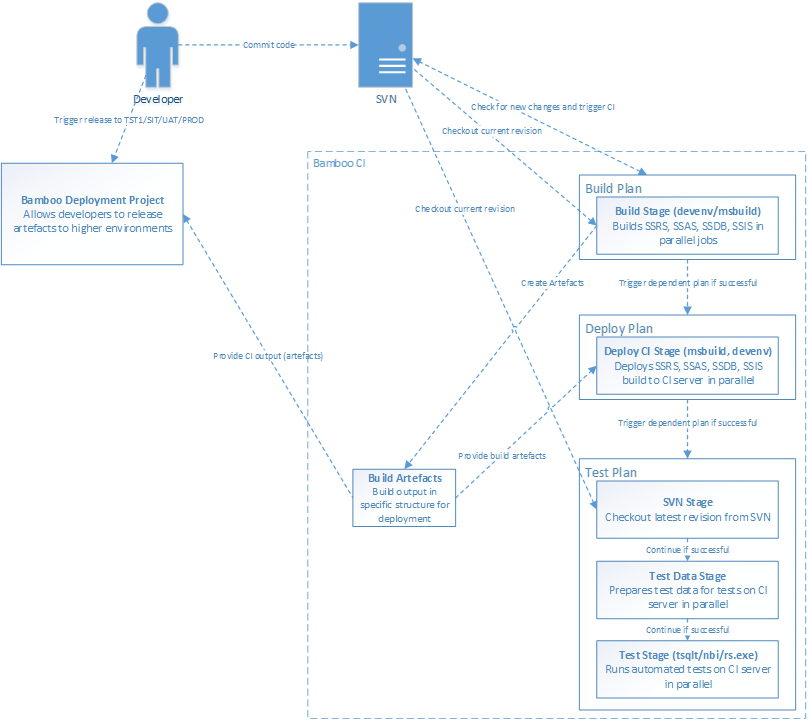 The following diagram shows a detailed look at the Deploy Stage where we have several jobs running in parallel on different agents. One of the jobs is then displayed with all its steps (tasks) which is the lowest detail in Bamboo’s setup. 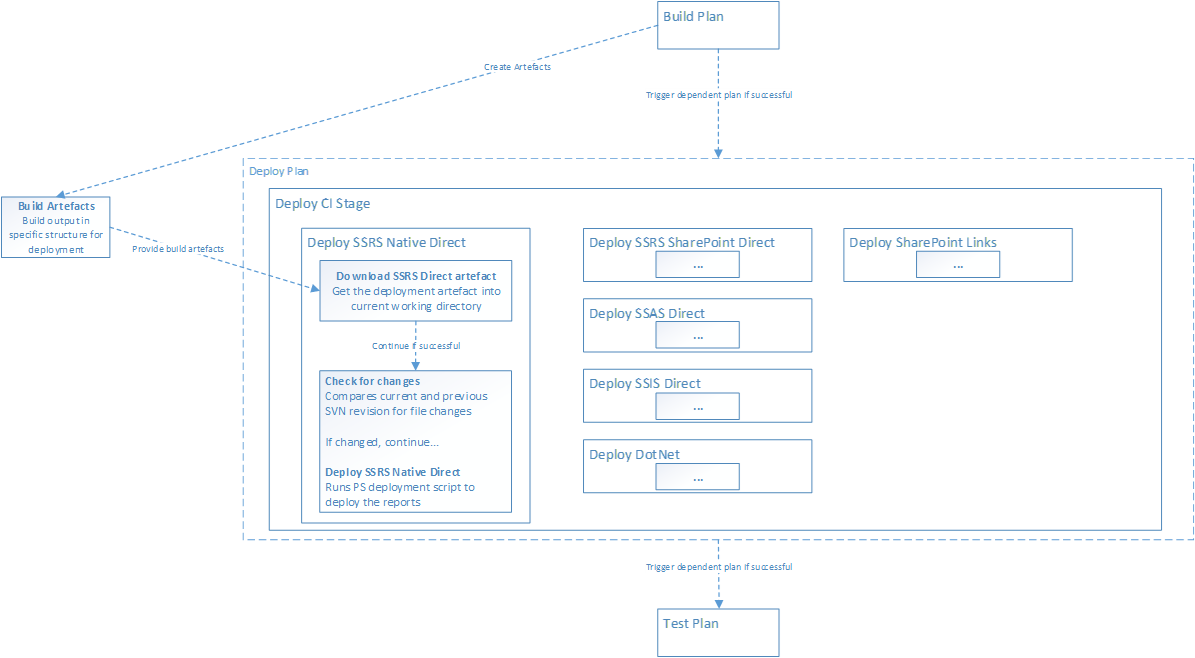 There is no clear answer how to universally setup Bamboo pipeline as a best practice. That was probably expected because each project/technology is different and has specific needs. Especially MS BI projects, compared to software development, ie. Java/C# CI pipelines with unit tests.

While looking at the official and unofficial suggestions, examples and best practices, I realized that the basis of our set up is quite well done. This is mainly due to the fact that in the beginning we sat down, examined the main Bamboo options within a plan (Stages, Jobs, Tasks) and tried to create the most versatile and fast pipeline using common sense. This is something I’d suggest to any Bamboo newbie (and works for other technologies as well): Find out what your tool is capable of and then build what you need around it. Then with time and experience you will be able to iterate on that and bring your setup ever closer to perfection.