How to get Live Execution Plan using Extended Events

Have you ever found yourself in a situation where you were supposed to troubleshoot a long running expensive query that was hammering your SQL Server? I bet you wanted to get and analyse the actual runtime execution plan of this query.

In this blog post, I will show you how to get the Live Execution Plan for your queries using Extended Events. The blog post will be divided into the following four parts:

Part 1: Create an Extended Event that allows you to get the Live Execution Plan

In the first part, I’ll demonstrate how to create an xEvent that allows you to get the Live Query Plan based on the SQL Server version you are currently running. I’ll briefly describe the following three cases:

Starting with SQL Server 2014, you can enable the Live Query Statistics globally for all sessions by creating and starting the query_post_execution_showplan extended event. This allows you to see the live query execution in the Activity Monitor.

This feature might be very useful, especially in your Dev or Test environment when you are testing your queries frequently, but it should be used carefully (or just be enabled for the minimum required time) in your Prod environment as it can have a significant performance impact. 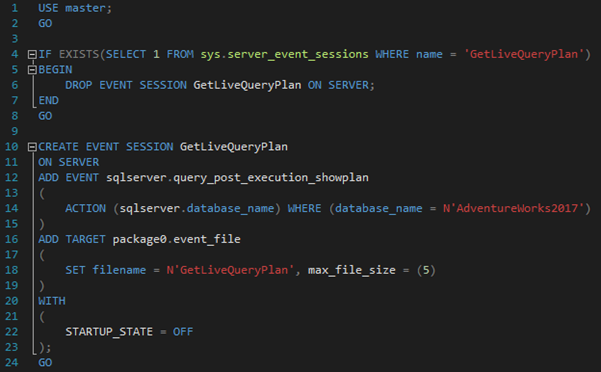 As I already mentioned, this event should be used carefully (and preferably in Dev or Test environment) as it can have a significant performance impact. Also, the event’s description in the system dynamic management view sys.dm_xe_objects contains the information about the potential performance overhead.

/*
Occurs after a SQL statement is executed. This event returns an XML representation of the actual query plan. Using this event can have a significant performance overhead so it should only be used when troubleshooting or monitoring specific problems for brief periods of time.
*/

With SQL Server 2014 SP2 and SQL Server 2016, MSSQL Tiger Team managed to rapidly improve the performance impact of running this xEvent and they introduced a new extended event called query_thread_profile – this event also allows you to get Live Query Statistics via Activity Monitor.

To create a new Extended Event Session, you can re-use the code from the previous part. Just replace the legacy extended event query_post_execution_showplan with the new extended event named query_thread_profile. The T-SQL script should look like this: 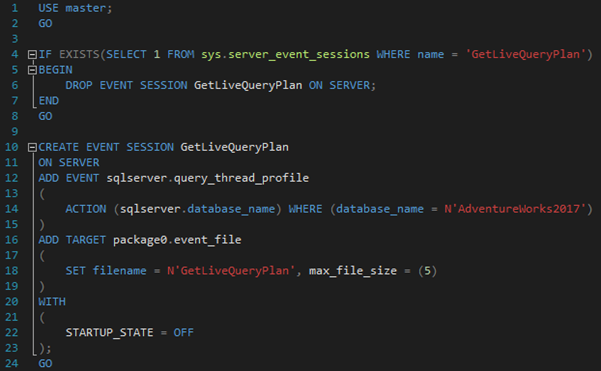 According to MSSQL Tiger Team, the CPU overhead when using the new lightweight profiling infrastructure can be between 1.5% up to 2%.

T-SQL script to create a new Extended Event Session query_thread_profile will be identical to the script in the previous example.

Part 2: Start the xEvent and view the Live Execution Plan in Activity Monitor

At this point, we have a new xEvent named GetLiveQueryPlan created (that is using the query_post_execution_showplan or query_thread_profile – based on your SQL Server version), but not yet started.

To start the session, we need to execute the following command: 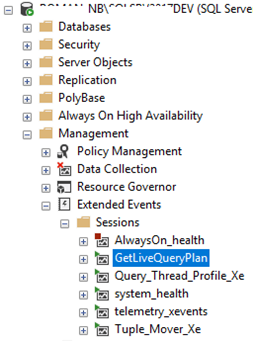 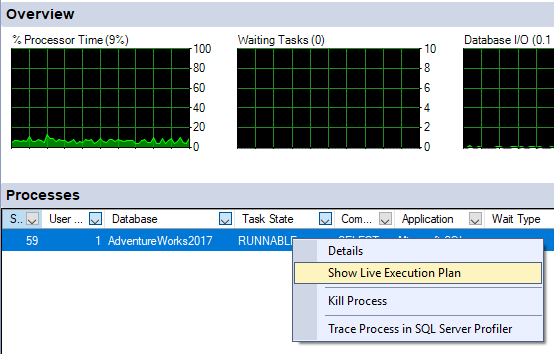 A new window with the Live Query Statistics of the query you selected pops up:

and you also get the actual execution plan once query is finished.

When you are done with troubleshooting/monitoring, and you want to stop the running event session, you just either execute the following statement:

or stop the session in the Object Explorer as shown in the screenshot below:

You can obviously start the session again if required in the future. If you want to remove the event session permanently from your SQL Server Instance, you can execute the following query:

or just simply delete it from its context menu: 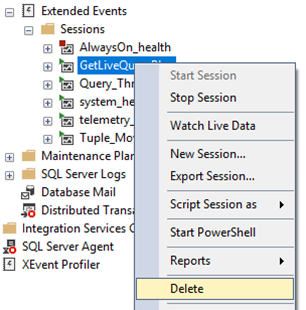 In SQL Server 2019, this feature (query_thread_profile and the new lightweight profiling infrastructure) is enabled by default.

In this blog post, I explained how to create and start a new Extended Event Session that allows you to get the runtime execution plan of a given query.

I also demonstrated how to stop and delete an xEvent that is no longer required and in the last part, I described what’s coming next in SQL Server 2019 – you can get the Live Execution Plan automatically (this feature is enabled by default) without creating any xEvents.

Note: The source code I showed you in this blog post is available in my GitHub repository: GetLiveQueryPlan.sql. 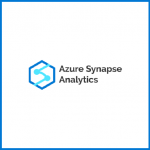 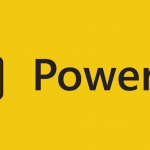 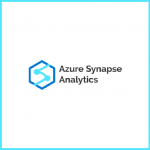